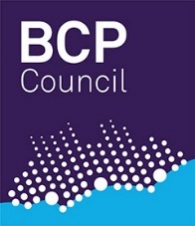 An outbreak of Avian Influenza has been confirmed at a premises in Southbourne. The area is currently undergoing testing to find out more information about the strain.

Trading Standards Officers from BCP Council are working alongside officers from the Government’s Animal & Plant Health Agency (APHA) with measures to prevent the spread of the disease. These measures include a cull of the birds who pose a direct risk, as well as further investigation over the weekend into premises in the area who are breeding or keeping birds.

Please be advised that a 3km Temporary Control Zone has been constructed around an area centred on Castlemain Avenue at this time with regard to animal movements. APHA and BCP Council officers will be knocking on doors in the zone from tomorrow to check for potential further cases. Please note that these officers will be carrying ID.

Peter Haikin, Regulatory Services Manager said: “Avian Influenza predominantly affects only birds and is not considered to be an illness which poses a risk to the general public”.

All bird keepers in Great Britain are now required by law to undergo certain biosecurity procedures following an outbreak of Avian Flu being declared to help prevent further spread.

Cleanliness is an important defence against the spread of Avian Influenza, requiring clean footwear and regular cleaning of hard surfaces. When feeding and watering your bird(s), you should ensure that these resources are enclosed in areas which wild birds cannot access. In general, your bird(s) should be kept away from wild birds and wild waterfowl with adequate fencing in outdoor areas.

For more information about Avian Influenza and biosecurity, we recommend visiting: https://www.gov.uk/guidance/avian-influenza-bird-flu

If you have reason to believe that your bird(s) have contracted Avian Influenza, you must contact the Defra Rural Services Helpline on 03000 200 301.